All for Joomla All for Webmasters
Trending
You are at:Home»Featured»Rolls-Royce launches $325,000 Cullinan; its first SUV
Want create site? Find Free WordPress Themes and plugins.

According to Bloomberg, Cullinan, which was named after the largest diamond discovered to date, is the latest in a long line of six-figure big rigs from the world’s most prestigious automakers. It is also one of the last major luxury automakers to add one: In April, Lamborghini unveiled its $200,000 Urus; Bentley showed its $200,000 Bentayga V8 late in 2017. 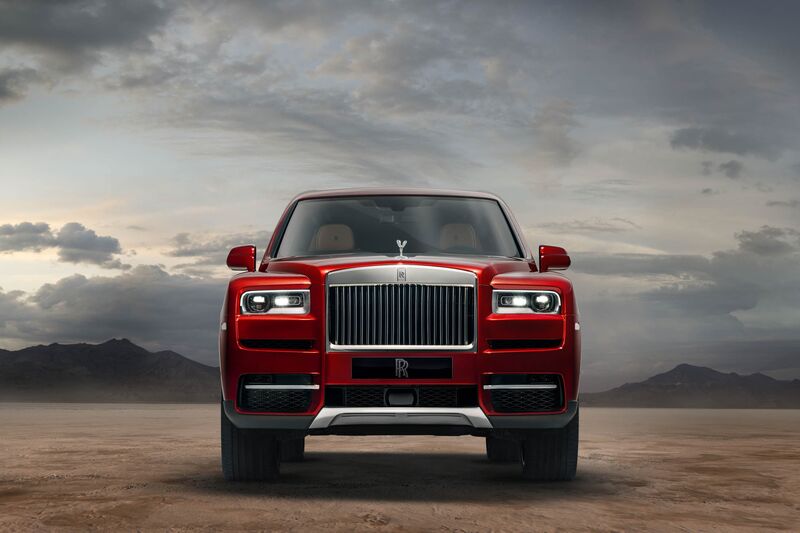 Giles Taylor, Rolls-Royce’s director of design, told journalists that “at this point in the history of automotive design, SUVs have become homogenous and ubiquitous. The label SUV is now applied to anything with a two-box silhouette and the least suggestion of going off the tarmac. [So] we envisioned an authentic, three-box, all-terrain, high-bodied car with a convention-challenging design and absolute capability that would satisfy the adventurous urges of our clients.”

In a series of YouTube videos created with National Geographic, the BMW Group crown jewel has been “tested to destruction” all over the planet. It has been expected to be among the bigger, more stately, luxury SUVs to arrive, but the automaker has released few details since announcing the vehicle three years ago. 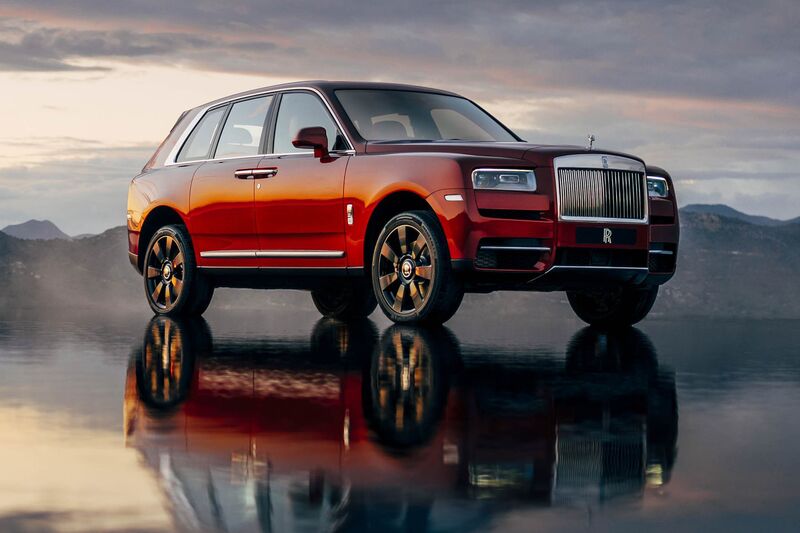 One touch of the sensor on the exterior door handles will make the doors automatically close themselves from outside. A touch of the start button elevates the Cullinan 40 millimetres, to its standard, commanding ride height. Source: Rolls-Royce

There is ample information now: It’s huge. The Cullinan stands six feet off the ground—four inches taller than its closest competitor, the Bentayga. At 5,864 pounds, it’s more than 500 pounds heavier than the Bentayga, too. Angular sides and that high, flat top make it look more imposing than the rounded Bentayga or even Lamborghini’s crouching, super-sporty Urus.

Its front grille has the same steel vertical slats and flat, stark form as the one on the new Rolls-Royce Dawn, but it’s elevated to regal height in the new SUV. (The Cullinan can wade in water up to 21 inches high, again beating the Bentley equivalent.) Futuristic LEDs surrounding each headlight give it a slightly new, rectangular shape. 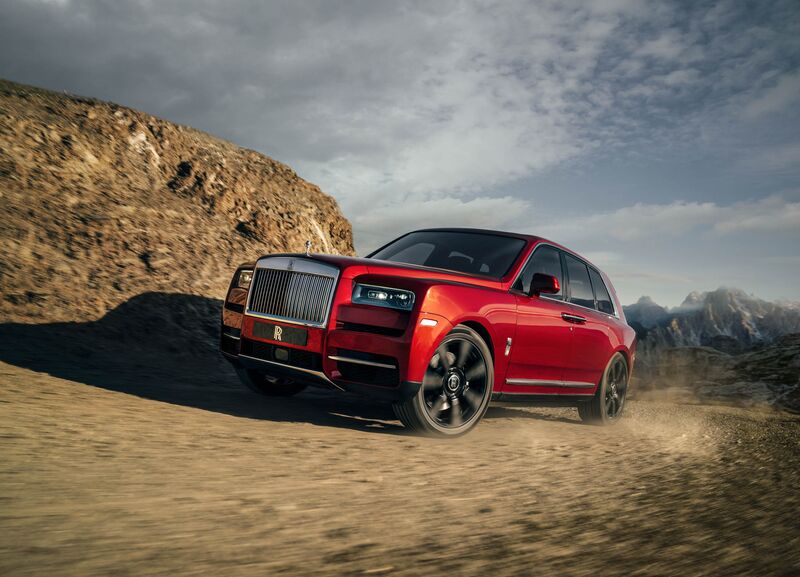 Both front and rear coach doors wrap low under the Cullinan sill, so dirt remains outside the door, rather than on pants and shoes. Source: Rolls-Royce

The first thing you notice, though, are the four doors, which close in the traditional coach format. A rear tailgate automatically opens in two sections with the touch of the key fob button. Massive 22-inch rims flank each of its four corners.

Inside, the Cullinan offers space sufficiently broad and open to fit a regent and retinue though officially, it can seat only up to five people. The rear seat comes in two configurations, with two cockpit-style seats in the rear or a single lounge seat that allows seating for three—or, when folded down, up to 600 litres (21 cubic feet) of storage space, equal to that of the Urus. That’s enough to hold a small dog house or a week’s worth of safari-style luggage. 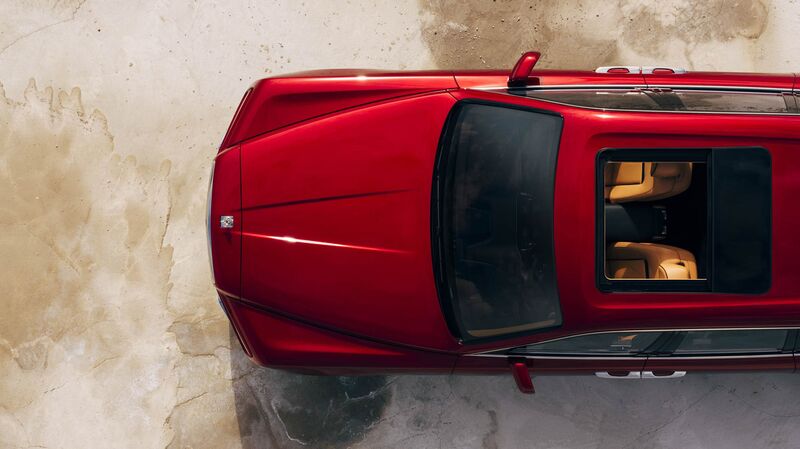 Rolls-Royce has also made a new, smaller, and thicker steering wheel for the Cullinan, augmented with a high-resolution, heads-up display and all the technology expected in the family: night vision, including daytime and nighttime wildlife and pedestrian warning; an alertness assistant that helps avoid drowsy driving; a four-camera parking system with panoramic view, all-around visibility, and helicopter view; active cruise control; myriad crash-avoidance systems; Wi-Fi; and the standard navigation and entertainment systems. 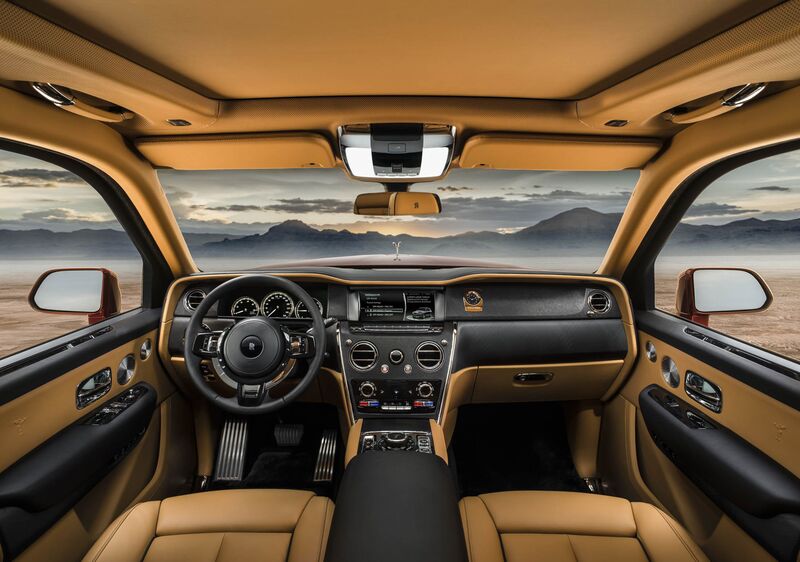 There are five USB ports around the cabin, and phones in the cabin’s front can be wirelessly charged. Source: Rolls-Royce

As expected, from hints the company dropped in recent months, the Cullinan comes with a 6.75 litre, twin-turbo V12 engine that gets 563 horsepower and 627 pound-feet of torque. This is the same engine Rolls-Royce put in the Phantom, which also shares the SUV’s aluminium-intensive platform. The famous “magic air ride” feel that rendered the Phantom peerless is present here, too. It’s been re-engineered by adding larger air struts with greater air volume and by strengthening the drive and prop shafts to cushion blows from the toughest terrain—though it’s most of the buyers of this epic SUV probably won’t be taking it to Moab. 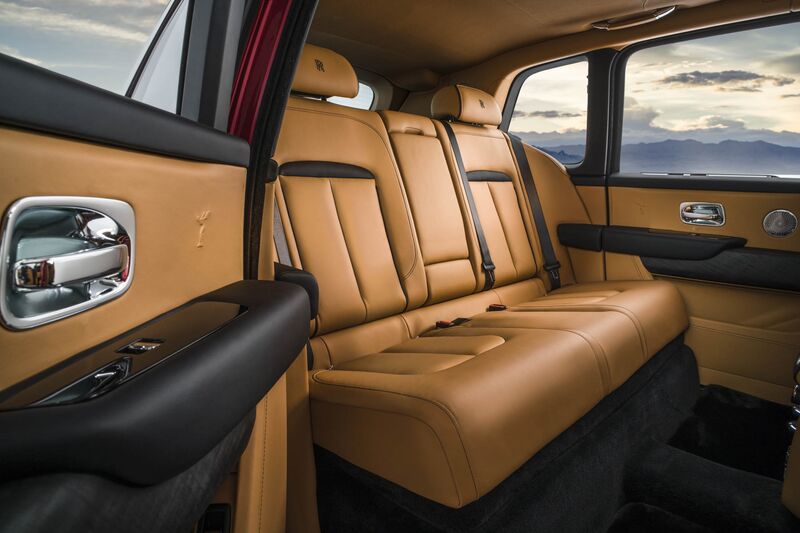 The rear comes with either a folding bench seat or two separate pilot’s chairs. Source: Rolls-Royce

If you’ve got the funds, you might have a chance at getting your hands on the Cullinan—unlike the Lamborghini Urus, which has already sold out its first two years of production. Early sales are expected to include 20 percent to 30 percent bespoke orders, which push up the price immensely. The gas-guzzler tax, estimated to be roughly $5,000 for that 18.8 miles per gallon rating, will also apply. Deliveries begin early next year. 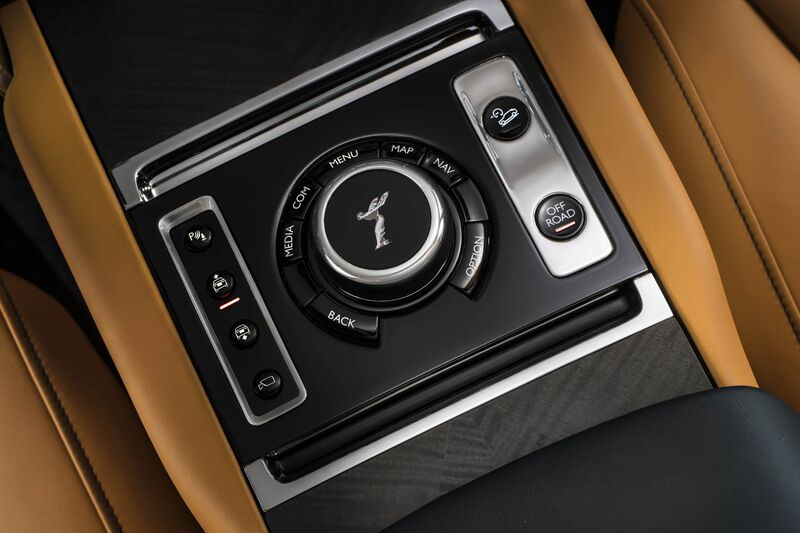 The Cullinan has 626 pound-feet of torque, marginally less than that of the Lamborghini Urus. Source: Rolls-Royce 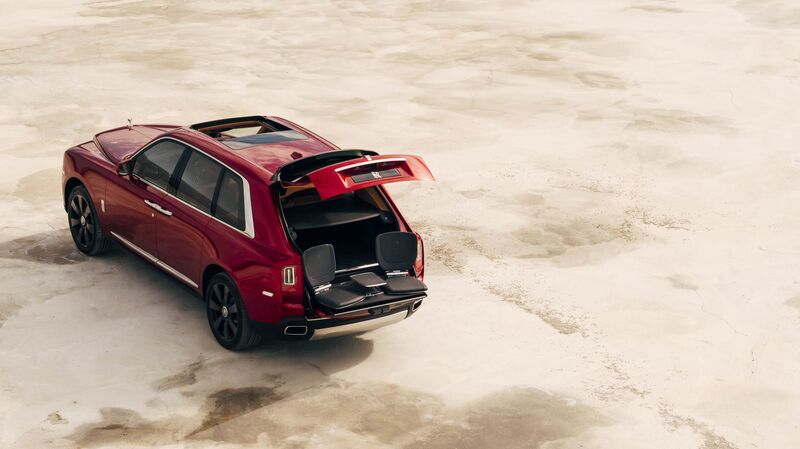 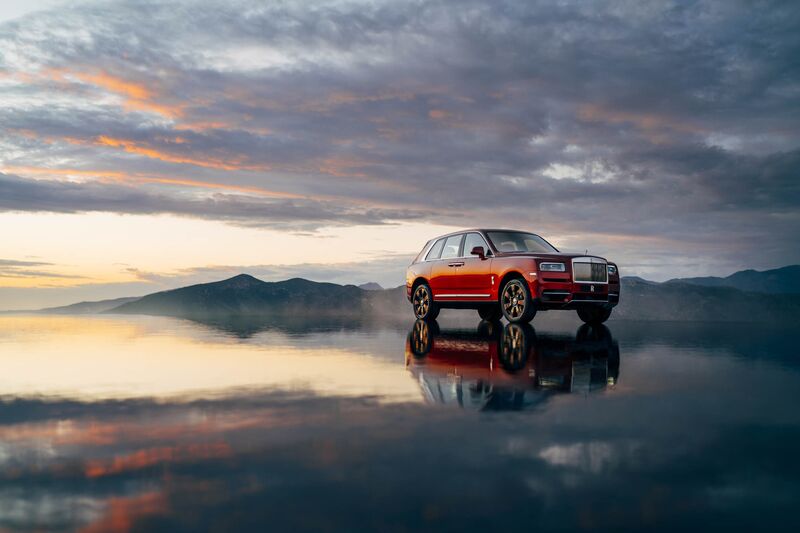 The grille is created from hand-polished stainless steel. The Rolls-Royce badge and bonnet ornament ride well above the line of the wing, for a unique vantage point. Source: Rolls-Royce